A History of Caring for Our Community 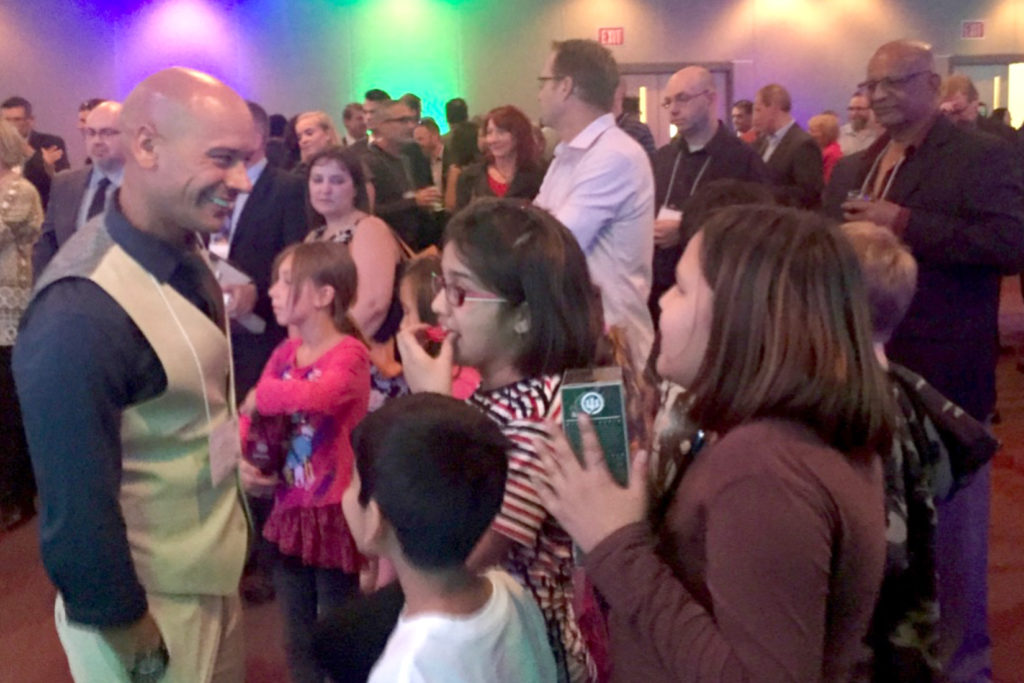 WBM has maintained a long history of giving back to the community in which we work, and we are immensely proud of the caring culture that permeates throughout our organization.

The following is a list of the major community-based initiatives that we’ve been part of since 2009. You will notice a recurring theme. These programs are all designed around supporting, encouraging, and empowering our youth:

Provided by WBM and in conjunction with the New York Islanders professional hockey team for the creation of two new Kinsmen Hockey League teams comprised of children who wouldn’t otherwise have an opportunity to play organized sport.

In support of Vincent Massey’s “In Motion” theme, WBM staged a charity event at our annual IT Summit. At the event, our 400 guests assembled 70 bicycles for students at Vincent Massey who had never owned one before. We then partnered with Nordic Fence to construct a compound at the school where the bikes could be kept safely during the school day.

WBM capitalized on our close partnership with Apple Inc. to donate iPads to Vincent Massey as learning resources and teaching aids; their use is offered to the students as incentive in what has become a highly successful Attendance Program.

Students in Grade 8 spend a day at WBM partnered with staff members in all different departments to see what a “Day in the Life” of IT professionals is like.

The Performing Arts Partnership WBM began with Persephone Theatre in 2012, offers the students a chance to see 3 live theatre performances, and to meet the actors and production staff after the show.

Awarded to students in Grade 5/6 and 7/8, chosen by their classmates and teacher as the most deserving and suited to the opportunity, this scholarship provides the opportunity to attend the University of Saskatchewan’s week-long Computer Science Camp.

2013: Behind the Scenes Audio/Visual Program

This program allows students the opportunity to watch a live theater performance as the Head of Lights and Sound! Alongside the professionals at Persephone Theatre, the students see what it takes to put on a real live production.

The first bike build was such a success, and so well received by the kids, that the school asked us to do it again for the next generation of kids. IT provides a tremendous benefit to the children – having their own bike seems simple, but it means so much to the children.

In an effort to encourage kids to express themselves, and to help ‘bring them out of their shell’, we partnered with Persephone Theatre’s Youth Drama Program to bring instructors to the school and take the kids through improvisation and expression exercises. At Connection 2015, we had the kids take over 350 client guests through the exercises they’ve learned, and to guide us all in some improvisation games.

In 2016, the Vincent Massey Drum Group performed at competitions and Round Dance’s across Saskatchewan, winning multiple awards. The kids built their drum and sticks – curing and tying the hide using traditional methods; and with help from their parents, they each made their own beaded ceremonial clothing. To recognize this incredible commitment and appreciation of their cultural heritage, we invited the kids to Connection 2016 to perform for our guests and to show them how to do the ceremonial dances.

In 2016, WBM lost a very special member of the team – Stephen Bunka was an irreplaceable friend and coworker, and a man who cared deeply about helping less fortunate people.

He loved the outdoors, and was a dedicated professional fisherman who co-founded the TV show, ‘Fishin’ Saskatchewan’. Steve knew what it meant for a child to experience hardship, having spent countless hours of his own childhood at the riverbank with a line in the water – it was his escape, and he wanted to share that with the kids from Vincent Massey.

Using the contacts he made through the show, Steve secured rods, reels, and lures for each of the kids in our fishing class. He and his wife Carly, along with some WBM’ers and teachers, then took the kids to the Wildlife Federation Trout Pond to spend the day learning to tie lines, string rods, and cast for fish! Steve will be remembered forever at WBM as one of the people who genuinely made our company, community, and lives better.

The Fishin’ Day will continue annually in Steve’s memory, and will provide many children with the independence, knowledge, and tools to get out and enjoy the outdoors.

During July of 2015, we were approached by former Canadian Olympian, Sylvia Ruegger, and CFL Hall of Famer, Brian Warren – they are the Directors of the Start2Finish Children’s Charity (www.start2finishonline.org). They had heard about the impact and dedication of WBM’s Community Engagement Program, and were interested in expanding their programs in western Canada for 2016.

I was offered the opportunity to be the Club Director for their new Running&Reading Program in Saskatoon. This is a weekly after-school club involving over 40 students from Grades 1 to 6. We meet for 2 hours each time; the first hour is spent running, doing circuit training, and playing literacy-related games. We then have a healthy snack and discuss our ‘Word of the Day’, and how it applies to our lives. For the final hour, the kids are broken into smaller groups and spend the time writing in a journal and reading books.

We have 16 volunteers from all over the city who run and read with the kids, and Start2Finish provides the snacks, exercise equipment, books, games, balls, skipping ropes, yoga mats, and weekly Director’s Guide to keep the program going. At the end of the year, Start2Finish provides new running shoes and quick-dry shirts to each of the kids – and then we all take part in the Saskatoon Police 5K Marathon!

We are in our second year of the program at Vincent Massey, and were so successful that they rolled out 2 more Running & Reading Programs in Saskatoon for 2017. WBM has been such a big part of their expansion, that they asked if we had anyone who could help them expand even further, into Calgary. We now have another Running & Reading Program going in Calgary, which is being run by WBM Print Specialist, Tyler Braconnier.

We are so proud of the efforts made by all of our staff and partners in reaching out and supporting these community efforts! 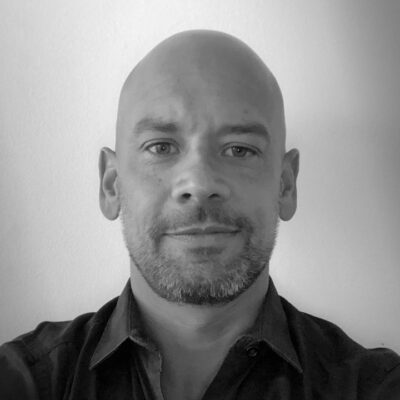 Cory began with WBM in 2010 full time working in outside sales. Since then, his career has taken him into Enterprise print management, where he’s very proud to currently manage and oversee the print fleets for 5 large enterprises across Canada. He also manages WBM’s Community Relations initiatives, and is a proud member of the Board of Directors for Care and Share Saskatoon – which is a children’s charity working with the inner city, or ‘community’ schools in the city.

Cory (and his dog Frankie!) is an avid fisherman and outdoorsman, and a huge Formula 1 racing fan, but concedes that his very favorite thing to do is spend time with his nieces, nephew, and son Josh. 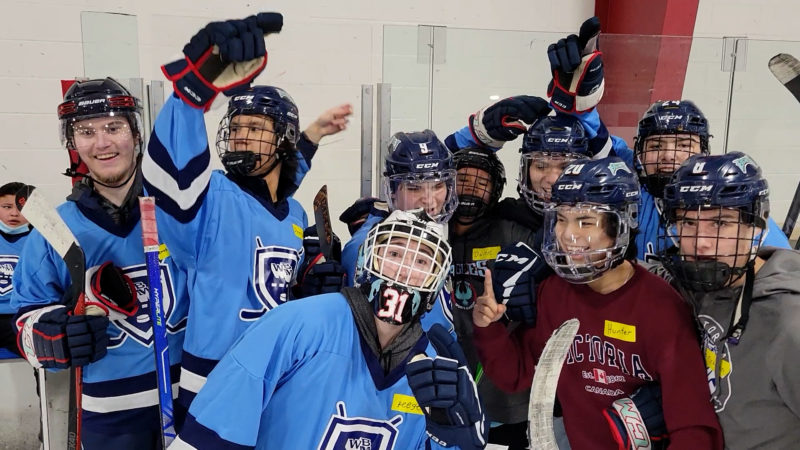 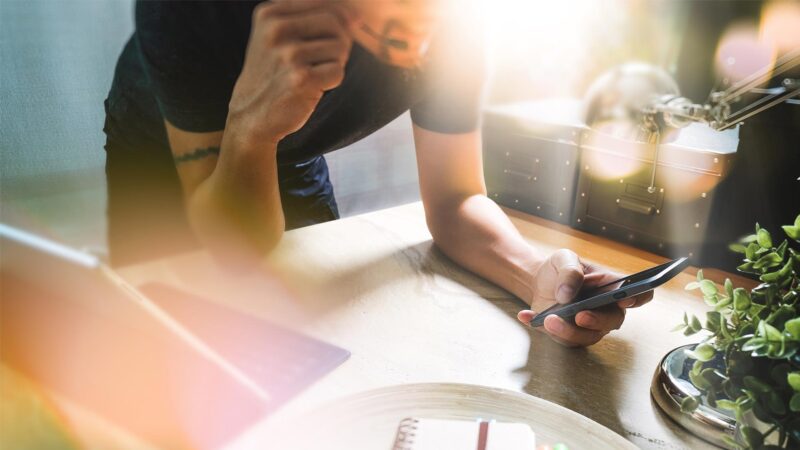 A Day in the Life of Our Enterprise Service Desk Team